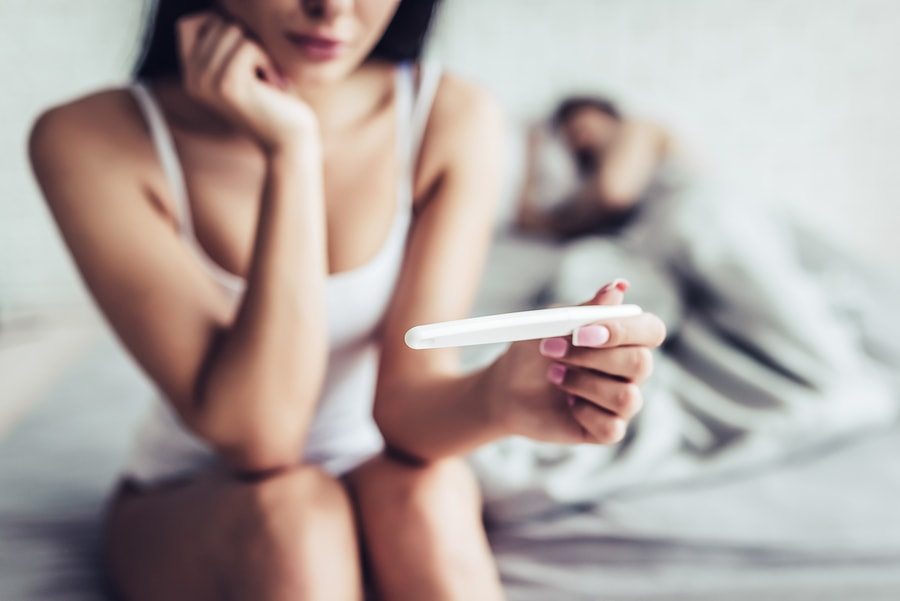 Many couples find it very hard to conceive and get children. Infertility or low fertility is the state of a male or a female person not being able to conceive children or have difficulties doing so. Low fertility affects both individuals and tickles down to modifying the population density of a country and productivity of people.

Doctors diagnose infertility when a couple is not able to get pregnant after having regular unprotected sex for a specified period. Medical doctors define it as not conceiving after 12 months of regular sexual intercourse without using any birth control method. It can either be one partner not being able to contribute to conception or where the woman is not able to carry a pregnancy full-term. According to Medical news today, worldwide 8-12% of couples will find will have fertility issues what affect their ability to get children. Most of the low fertility problems are treatable and managed once the cause is established. Unlike widespread belief that it is the woman who has the problem, 45% of the causes of low fertility is caused by men.

The main sign that a man is infertile or has low productivity is the inability to sire children. However, other signs and symptoms may not be apparent but may highly show that the man will experience infertility.

Here are some of the signs and symptoms that you should look out for even before trying to get a baby that may signify low fertility:

Causes of low fertility in men

The reasons that affect men are many; some are affected by the sperms and the semen produced while others are medical causes.

Affecting the sperm and semen

The semen contains the sperms and the fluid which comes from the prostate gland and many other sex glands. Here are some of the problems that affect the sperms that may lead to low fertility to a man:

Here are some of the health issues:

Some environmental and lifestyle factors such as drug use can also expose the person to low fertility.

Infertility in women is more popular than that in men. Infertility affects one in every six couples in the world, and female sterility makes up for more than 50% of these cases. Most of the causes of this condition surround the ovulation process, the damage of parts of the reproductive system, age, and some medical conditions. The main sign of infertility is the inability to get children, but women can have a fertility evaluation done in case they have these signs or symptoms beforehand.

Causes of low fertility in women

Some of the infertility tests that can be done to determine the fertility of the woman or man include:

If it has been hard for you to get pregnant, have you considered aromatherapy? There are some essential oils that you can use to improve your chances of getting pregnant in just a few rounds of trying. That is after visiting a specialist and establishing the cause of your low fertility. In case it is highly dependent on the lifestyle and stress, then there are some essential oils you can use to help improve the chances. Instead of starting off with the many hormonal drugs, try out these remedies:

This essential oil is good since it has a calming effect and leads to a relaxed mind. It helps balance the endocrine system as well as regulates the menstrual cycle of the woman. It is essential for the people who are in an emotional state which is not balanced.

Add a few drops of this in your bath and soak in for a few minutes. It helps calm your nerves. [source]

The inhalation of the clary sage oil helps to reduce the cortisol levels by up to 36% and improve the thyroid hormonal levels considerably. Thyroid defects are some of the causes of infertility in women, and this oil can regulate this. One of its most prominent benefits is the ability to balance the estrogen in the body which helps to deal with PCOS and other estrogen-based defects.

Inhaling this oil will cause the effects. [source]

This oil is very efficient when it comes to balancing the progesterone levels. Low level of progesterone in both men and women is a cause of infertility. It can also lead to depression and conditions such as PCOS. This oil helps to balance the hormones naturally and can work better than some hormone replacement therapy. You can mix coconut oil with this essential oil and apply it to any part of the body. [source]

This oil is best known for its ability to minimize the inflammation in the body. Apart from this, it is also able to reduce pain on any aches, calm the nerves and reduce any anger or depression that is caused by anxiety. It is a good choice for the women with painful fibroids or any uterine cysts. However, do not use if you have a history of miscarriages or after ovulation when trying to conceive. [source]

This oil is very active oil for balancing out the testosterone levels in both the male and the female bodies. The testosterone plays a vital role in the fertility of men. This oil has been used as a natural aphrodisiac and included in the colognes for men. It has a delightful smell and inhaling it helps improve these levels. Add a few drops of the sandalwood oil into any homemade lotion or perfume. It helps boost up the libido for both men and women. [source]

Also known as pelargonium gravolens, it is a stimulant that is used to control adrenal cortex. It is effective at regulating the lymphatic system as well as balances the reproductive hormones. In case the person is depressed or anxious, it has a calming effect which acts as an anti-depressant. [Source]

This oil is a very costly essential oil, but its results are worth every penny. It is helpful when treating the premenstrual syndrome symptoms and regulates the periods. It acts as an aphrodisiac in women and relaxes the uterus. It gives women some confidence to be able to express themselves well sexually. It has a record of being very effective at treating depression and the aches of grief. People recommend it to the women who have had a failed IVF or has had a miscarriage.

However, this oil is best used when preparing for healing but not advisable to use when already pregnant. Also, do not use after ovulation if you are trying to conceive.[source]

This essential oil acts as an excellent astringent. For women who have a case of endometrial polyps or endometriosis experience painful periods. This oil is excellent to calm the body during these aches. It works well with ladies who have painful and heavy bleeding during their periods. [source]

This oil is used to help regulate the menstrual cycle and balance the hormones. Irregular periods are one of the leading causes of low fertility. It is because it is hard to predict the ovulation period. This essential oil is phytoestrogenic. This fact means it has plant hormones that act similar to the human hormones. It can increase the production of estrogen used during conception. It is good during preparation and lactation but should not be used when already pregnant [source]

This essential oil is good for the people with very low libido or sexual desire. High libido boosts up the energy that is necessary for conception. This oil acts as an aphrodisiac and effective in balancing the hormones. [source]

Other oils you can use for a healthy cervix include Cedarwood, Cardamom, Frankincense and Lemon eucalyptus essential oil.

There are many reasons why a person may be unable to conceive. Some of the cases are irreversible, but most of them such as hormonal imbalance, poor nutrition, emotional stress, candida, excessive exercise, thyroid disorders among others can be treated or controlled. Some drugs are administered over the counter or prescribed by doctors to help manage this disorder. However, there are some things that you also do at home that will help boost up your low fertility.

The food you eat makes a huge difference in the internal functioning of the body. Some of the nutritional options that help to optimize the fertility are:

Ensure you sleep enough to rest your system. Sleep is essential to regulate the body hormones. Lack of sleep makes it hard for the body to regulate adrenaline, insulin and the cortisol which makes it hard to get pregnant. Low melatonin and serotonin level associated with stress leads to shorter periods between ovulation and menstruation. It affects the ability to get pregnant.

Some beauty products that women use expose them to harsh chemicals that might significantly affect the way their bodies function. A considerable amount of improved fertility is noted when the exposure to harmful household chemicals is reduced.

Intake of fish oil helps increase the fertility of women. It is because it contains omega-3s and cod liver oil. There are also herbs that are recommended to get pregnant in a natural way. They include:

These herbs can be boiled and the water added to some foods, or they can be brewed together with tea. However, they should not be combined with any fertility drugs.[source]

There is a high rate of low fertility in the world that has been brought about for some reasons. Some of the reasons are irreversible such as Menopause and some defects, but most of these fertility issues can be solved. There are some essential oils that you can incorporate into your life to increase your chances of getting pregnant. Most of them help to relieve stress, improve the reproductive system health and help to balance and regulate the hormones. These play a significant role in fertility.